The Depot Restaurant (The NCORy Building)

Posted at 11:47h in Reno-Tahoe by Howard Goldbaum 0 Comments

This is a project which evolved as a joint effort between RSJ students separated by seven years. It demonstrates the renovation of the historic Nevada, California & Oregon Railway (NCORy) Building into The Depot restaurant, which opened in January 2015. It was begun by Zachary Hausauer (F-2008) and completed by Shelby Brown. (S-2015).

Click on the doorway to enter.
The NCORy building was constructed in 1910 as the passenger depot for the NCO, a narrow-gauge line connecting Reno with northern California and southern Oregon. It is located at Record and 4th Streets. 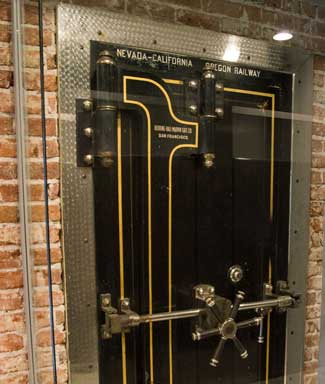 Now in the Depot’s men’s room is the wall safe from the NCORy.


Click the red hotspots to enter The Depot in virtual reality.