Valley of Fire State Park, Nevada’s oldest and largest park, is six miles from Lake Mead and 55 miles northeast of Las Vegas. The closest town is Overton, 11 miles to the NE, which features the Lost City Museum. There you will find historic material dating to the discovery of the Pueblo Grande de Nevada, the so-called “Lost City” of the prehistoric Ancestral Puebloans.
In the first two of the four different virtual-reality features below, click on the red target hotspots to navigate deeper into the tour.

Mouse’s Tank Trail.
Perhaps the most-visited trail in Valley of Fire State Park is Mouse’s Tank Trail, also known as the Petroglyph Canyon trail. It traverses a box canyon to its terminus near “Mouse’s Tank,” a natural basin named for a Southern Paiute who allegedly used the area as a hideout in the 1890s. The trail passes numerous examples of Native American petroglyphs. This region was occupied by Puebloan farmers between 800 and 2,000 years ago.

Click on the image below to explore the five virtual reality nodes of Mouse’s Tank Trail and its many petroglyphs. For the Google Cardboard version, touch here. 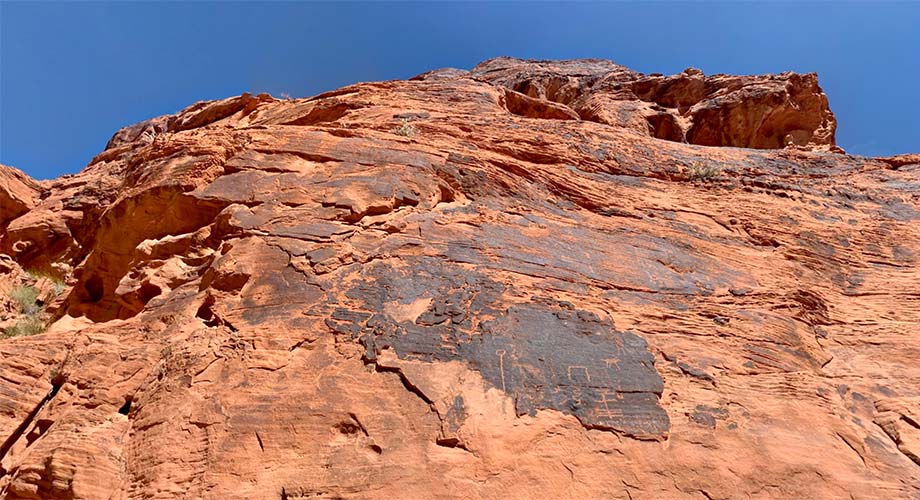 The Fire Wave Trail.
The Fire Wave Trail features more than a mile of slickrock with intermingling streaks of beige and red-orange colored sandstone. At the third node of the VR tour you will encounter the namesake “Fire Wave” formation, a bowl-shaped depression with a couple of candy-colored mounds all covered with wavy striations of varying hues.

Click on the image below to explore the four virtual reality nodes of the Fire Wave Trail. For the Google Cardboard version, touch here. 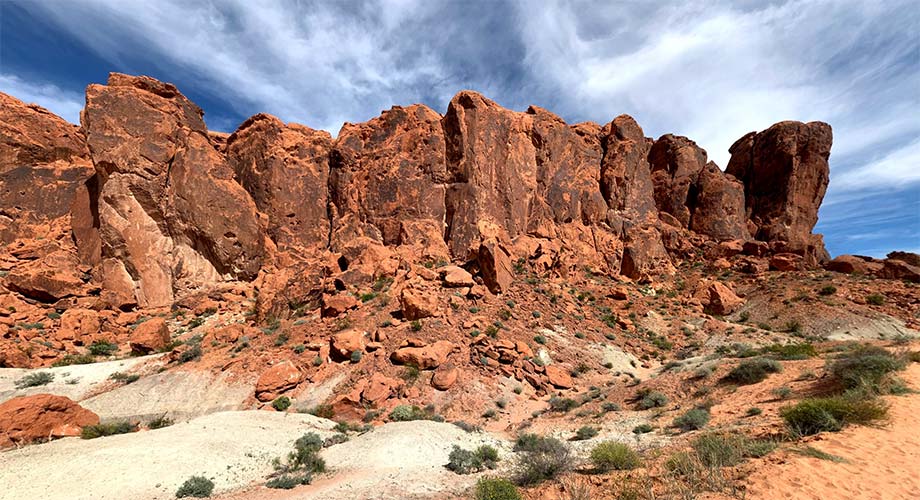 Atlatl Rock.
Atlatl Rock is named for the Anasazi petroglyph of the Atlatl man, depicted holding his weapon, with a larger atlatl shown above him. The atlatl, used in the Americas as early as 6000 B.C., made spear throwing more efficient by using leverage to add extra force to a throw. It consists of a shaft with a handle on one end and a hook on the other, holding the end of the spear. See the uppermost figure on the sign to help you locate the atlatl petroglyph.

Click on the image below to explore the Atlatl Petroglyph Panel in virtual reality. For the Google Cardboard version, touch here. 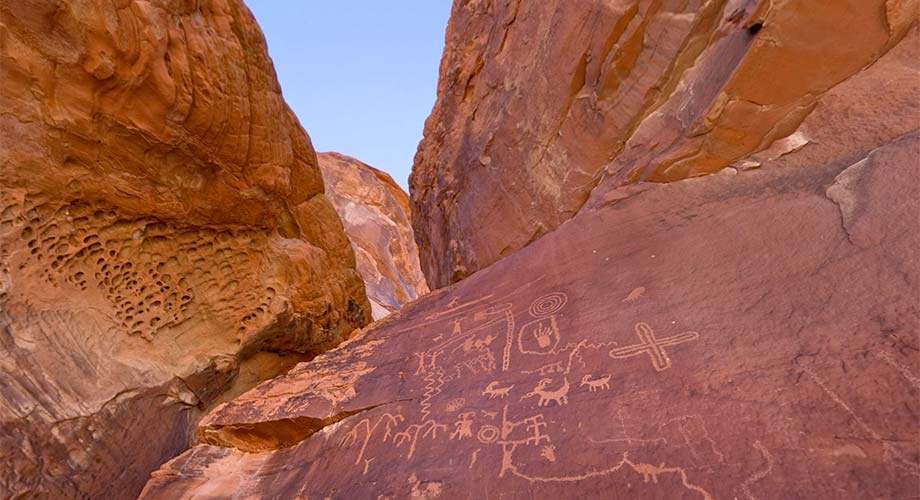 Sunset in the Valley of Fire.
The low angle of the sunset demonstrates how the park got its name, as the sandstone formations come alive in brilliant colors.

Click on the image below to explore the sunset panorama in virtual reality. 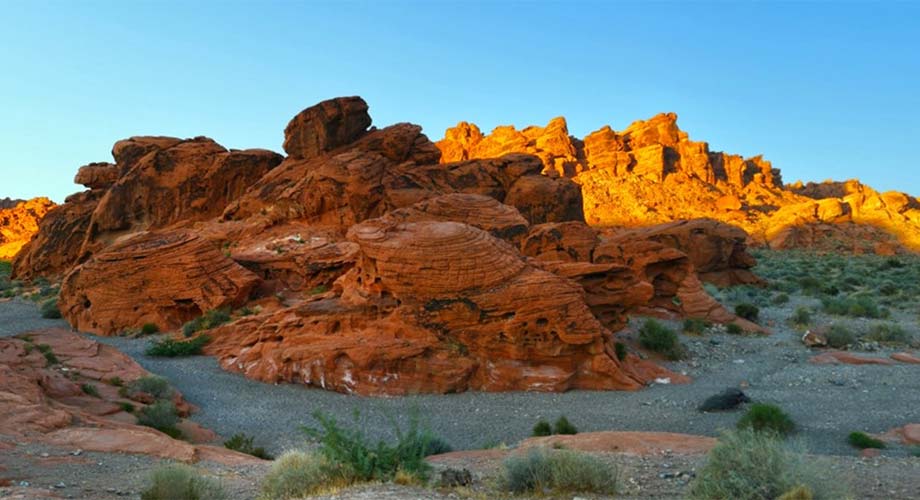 Click here to see the location in Google Maps